We value our patients' experience at Preston Trail Sports and Family Chiropractic. If you are currently a chiropractic patient, please feel free to complete the following Client Experience Questionnaire. The Questionnaire is in Adobe Acrobat format, and requires the free Acrobat Reader to view.

In the Past few years Preston Trail Chiropractic has helped hundreds of patients with Pain, Hormone imbalances, and several other Health problems using natural means. These are some of the stories straight from our patients:

“Being a hairdresser, I’ve always had shoulder, neck, and low back problems. I was also suffering with migraines. It was caused from a pinched nerve in my spine. The adjustments have helped tremendously and even kept me from having surgery. Thank you Dr. James.”

“I came in and consulted with Dr. James and told him how I’ve had migraines all my life. I’ve been coming now for about 3 weeks and feel the tension in my neck and shoulders have lessened drastically. Not only have my migraines almost completely subsided, but my entire body feels more relaxed and I’m sleeping better at night. I would recommend Preston Trail Chiropractic and their staff to anyone having and kind of back problems or headaches.”

Dr. James Has Worked in three other Chiropractic offices since he graduated form Chiropractic School in 2008. One of Dr. James’s favorite cases was with a 7 year old boy that he and Dr. Nelson Treated in Mansfield Texas. This 7 year old boy came it to the office from a referral by a patient that mentioned to his mother that Chiropractic could help her son. Upon talking with his mother, we found out that the boy had been in and out of the hospital for various conditions since he was born. From digestive issues to anxiety attacks, this boy had suffered this entire life. The Doctors had diagnosed him with ADD, ADHD, Depression, IBS, Anxiety, and Bi Polar disorder. They had put him on 5 different medications which according to his mother weren’t helping much, if at all. The boy had threatened his mother with a knife, threatened to commit suicide, and threatened harm to other classmates in school. His mother was desperate. Upon examination, we found that the boy had several areas of his spine that were misaligned and out of balance. The areas that were misaligned affected his digestion, and blood supply to his brain. We presented an affordable treatment plan, and we started care. The first treatment was difficult. The boy did not want to be touched. We finally were able to gain some trust and adjust one area of his spine. The second treatment, we were able to administer a complete adjustment. By the third adjustment his mother said she already started seeing a change in his mood. On the forth visit, when the boy came into the office, he ran into the room, jumped into Dr. Nelson’s arm’s, and said “Hey Dr. Nelson, I’m ready for my adjustment.” Dr. James’s jaw hit the floor when he saw this. It was a completely different boy then we had meet a week before. His mother came through the door shortly after holding back tears of joy. She said, “I feel like I finally have my child.” As we continued treatment the boy started having normal Bowel Movements which he had never had in the past. By the time summer ended and school started back up he was only taking a half dose of one medication. The teachers at his school did not recognize the boy at all. His attitude toward his studies, other students, and to the teachers was completely different. The teachers asked his mother what she had finally put him on that was working so well. His mother laughed and said “We acutely have him off almost all of his medications. We started seeing a chiropractor over the summer and finally treat in the underlying cause of his issues.” The teachers were in disbelief, but were so happy to see such a change.

This was the first time that Dr. James saw how big of a difference treating the underlying cause instead of symptoms can change someone’s life. It changed the way Dr. James looked at chiropractic care and how he treats patients from then on. 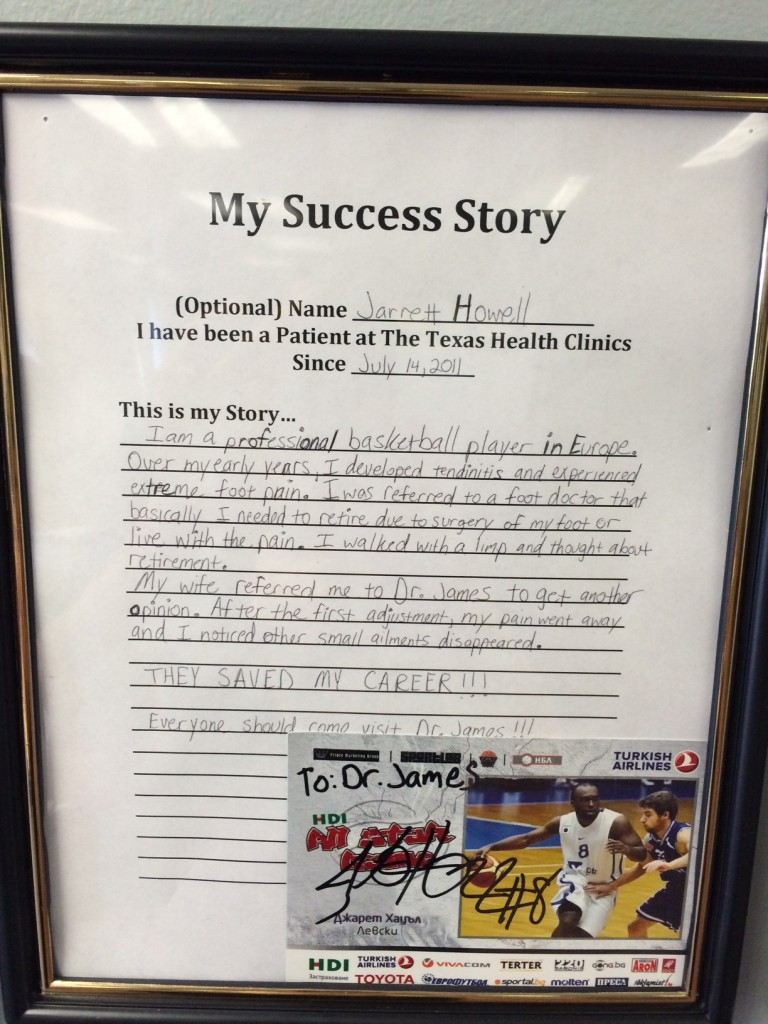 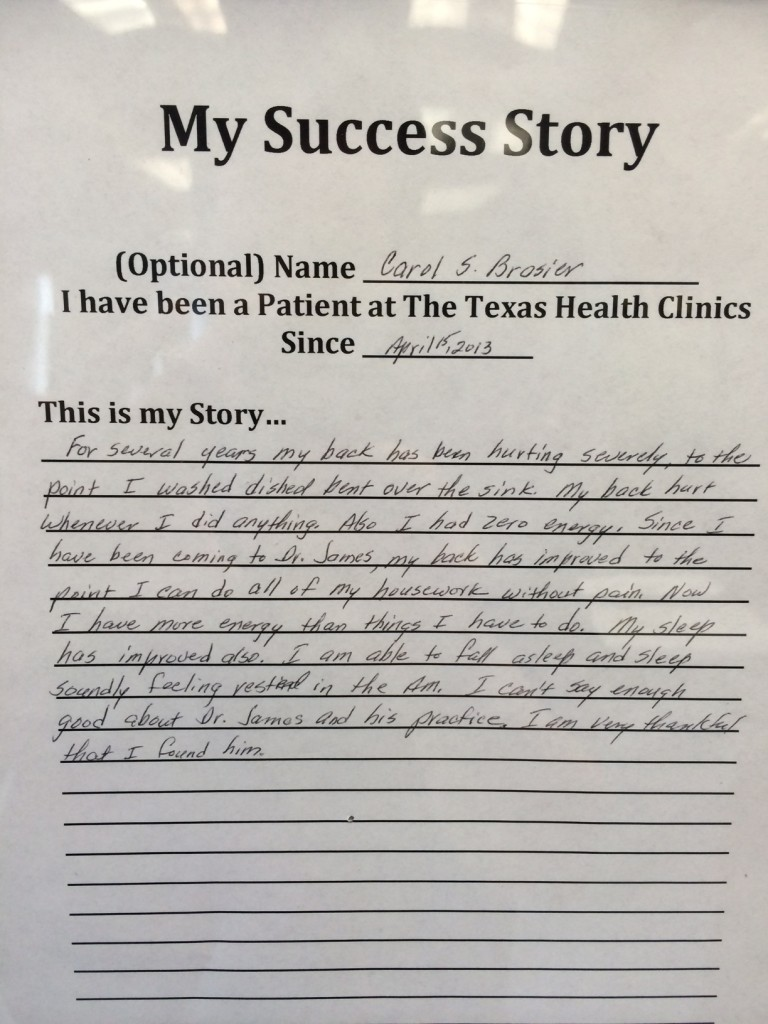 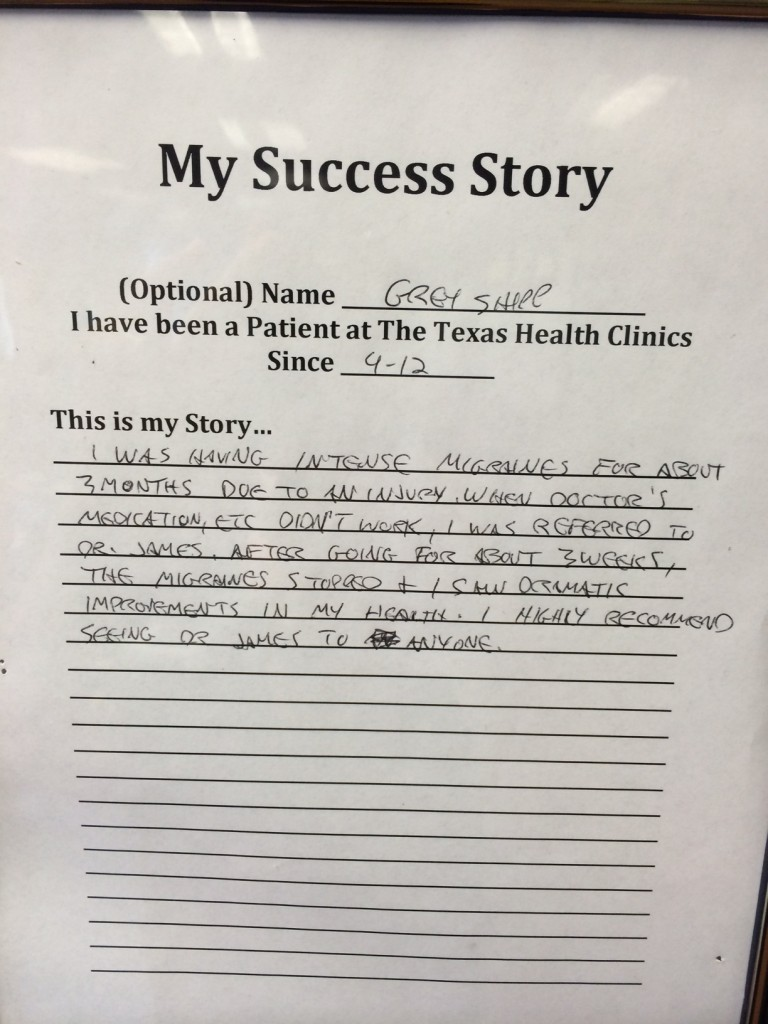 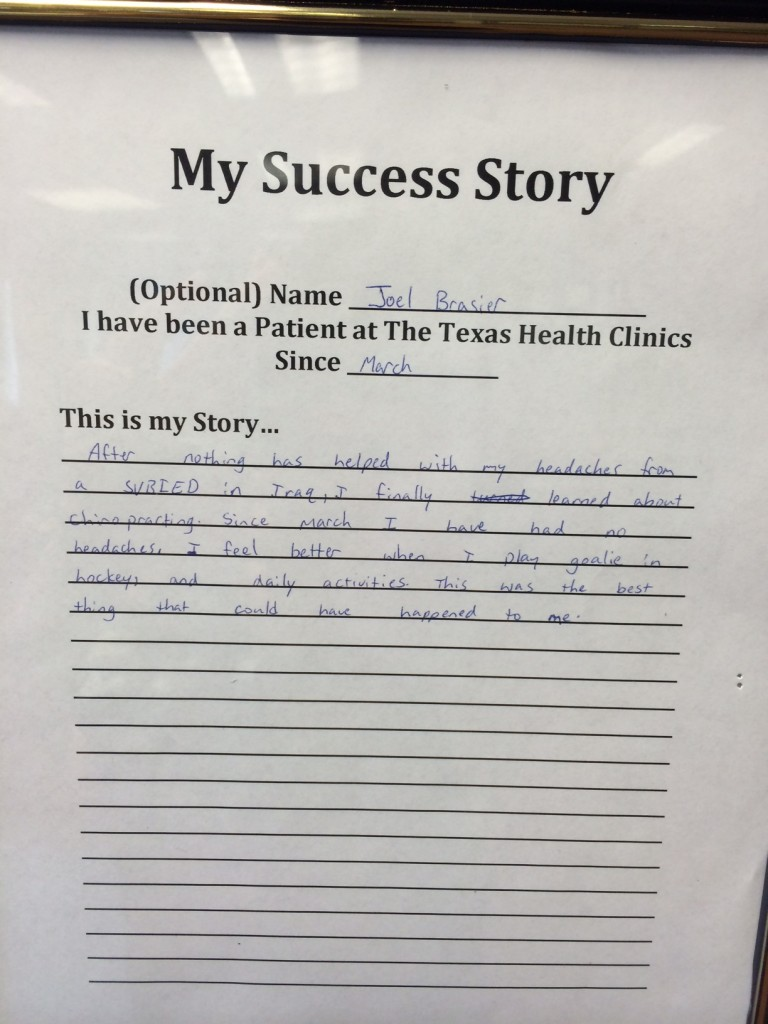 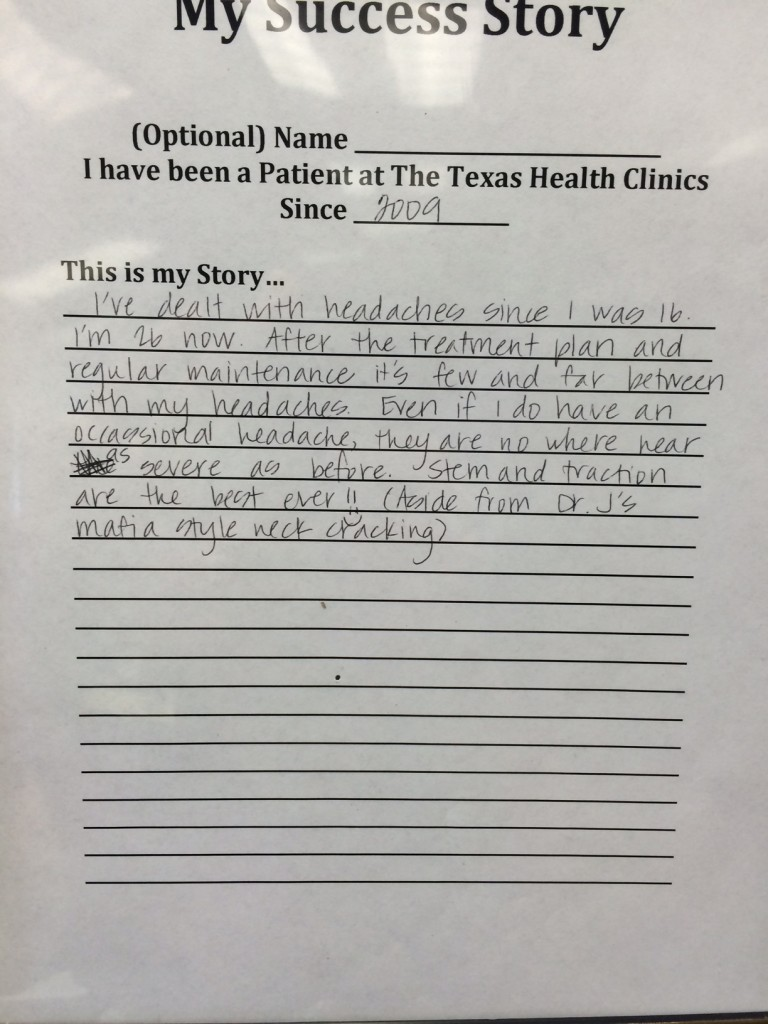 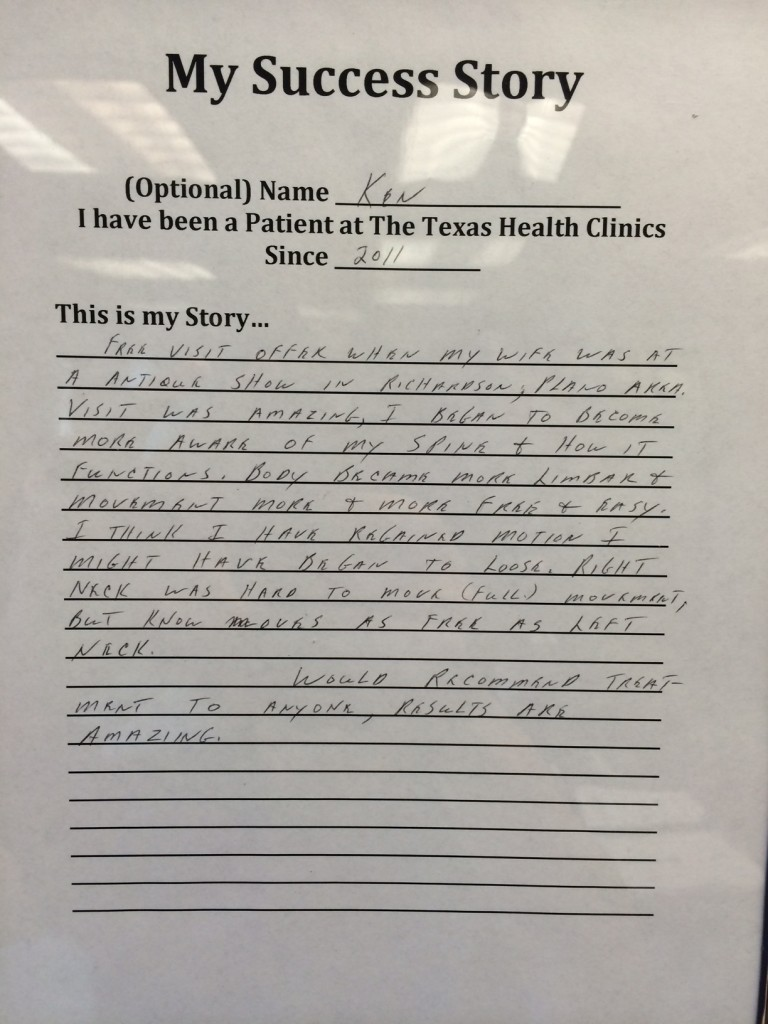 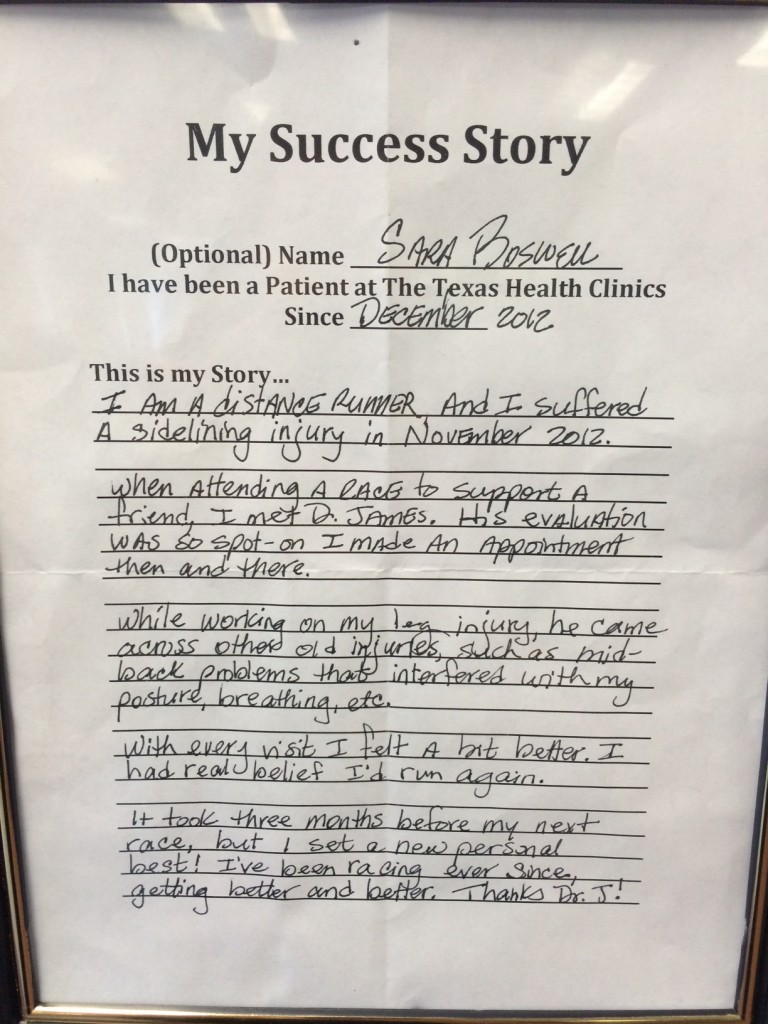 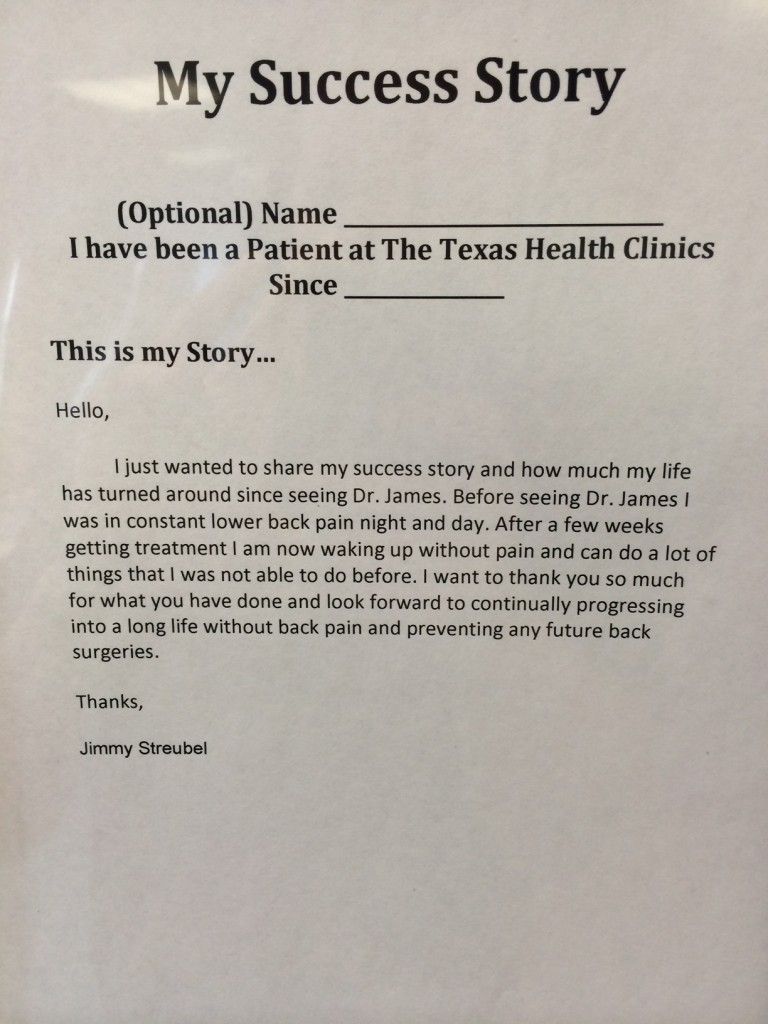 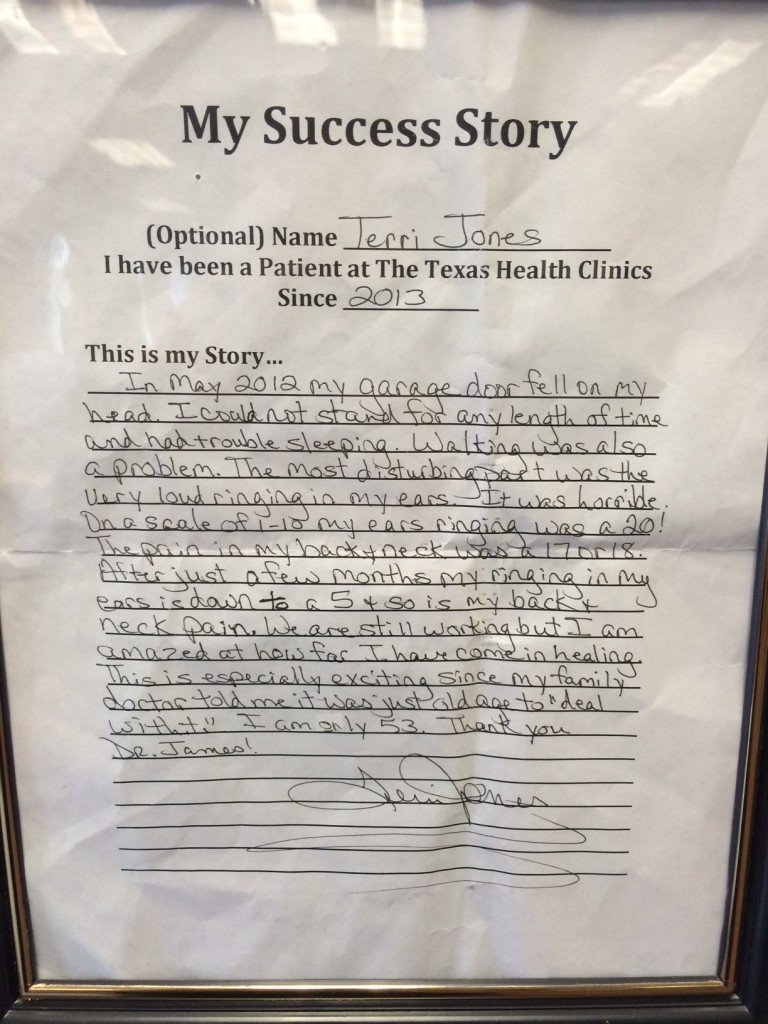 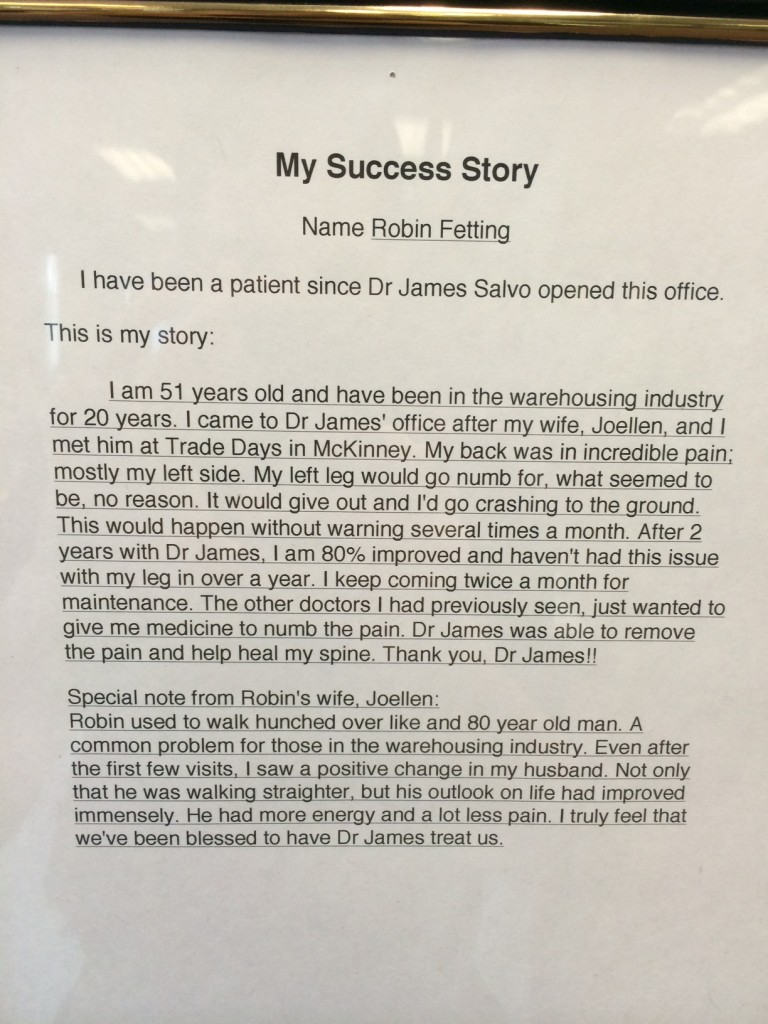 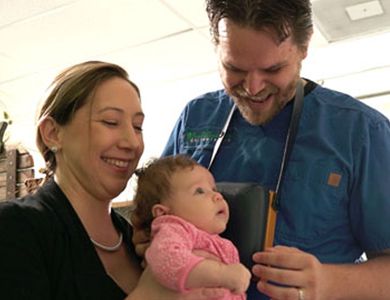 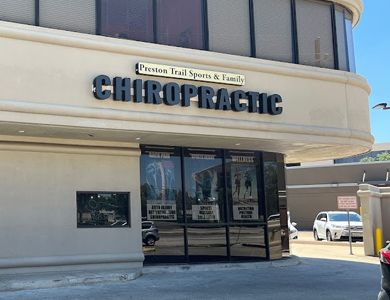 At Preston Trail Sports & Family Chiropractic , we provide the highest quality chiropractic services to all of our patients. Schedule your appointment today!

We've copied your review, after you click 'Publish' please paste your review by selecting 'ctrl' + 'v' into the review comments section.